CREATED to empower you!

UNLEASH YOUR PURPOSE!
We Work Hard...
To Play Hard...

See what others say about me
​and my programs!

See what Monica of Danville has to say about Deborah and her program!
“Insane!” was the word I used when Deborah gave me my results after completing two of her camps. She had to ask me “is that a good insane or a bad insane?” Seriously, I just can’t believe the numbers. Please read on…


I found myself on a course that nobody that knows me would have predicted. For health reasons, I quit smoking and drinking alcohol several years ago. I watched several family members deal with serious health issues ranging from heart disease, stroke, to cancer, I vowed to do something in my life to better my overall health. I was quite overweight (196 lbs) but I never thought a lot about being fat, I avoided mirrors and rarely was I in front of a camera, so in essence
I didn’t see myself as fat or overweight.


I sure felt it though. I was always out of breath, tired, and lazy.
When my Mother had her second stroke I made a visit to my doctor and explained that I was concerned about my health and that I wanted to lower my risks for all of these serious health problems that seemingly run in my family.


It was so simple really, she told me to change the way I ate, make better choices about food and to eliminate ten pounds. About a week into the process of eating healthier, ( I eliminated all soda, fast food, sugar and ice cream…. I lost 7 lbs. in two weeks just by doing this)

I came across an advertisement for  Tri-Valley Adventure Boot Camp. I had known for a
long time that in order to lose weight and significantly better my health I was going to
have to get off the couch!

I am telling you this experience has been awesome, I have challenged myself in ways that I really never thought I could. Every day I tried really hard to make the most out of the camp and to
make myself proud of what I had done.

After all, I am who this is all for, right?

I was really glad that the Tri Valley Boot Camp’s program came with a nutritional guide,
I dove right into that, isn’t it just what the doctor ordered?

I became a Boot Camp addict!

After my second session the results well to me were wild…..

Aren’t these results are amazing? I still can’t believe them.

The BEST part of participating in my second camp is going into it having learned as much as I had in the first camp, only to realize that there was that much more new to learn about myself,
my body, my health, and my abilities.

Thanks are not enough, but every day I am grateful for having become a “camper” there is nothing like stretching out in the morning under the stars, the moon and with Deborah and all of my new friends, who equally participated in my new found health.

I participated in my first 5K run in October 2007…I may have not finished first but in my book
I feel like a champion. 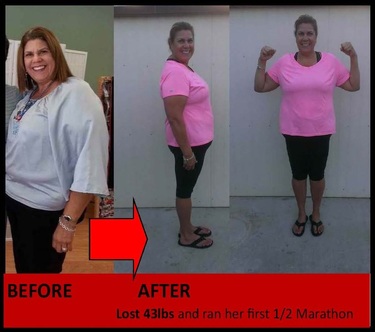 Divinity of Carmen — Livermore 5 star rating
I started with Deborah 2 years ago and found such a knowledgeable woman. I love her knowledge of nutrition, fitness and the most beautiful outdoor areas for her classes and unique events.

I came to Divine Fitness trying to find a way to loose weight and get healthy with my severe back pain. Every time I hit a plateau Deborah gave me multiple nutritious and fitness options, that always worked.

After applying Deborah's knowledge I've been successful at losing weight (43+lbs), gaining strength to run my first half marathon and I feel amazing!

Once you come into Divine Fitness you receive a wealth of knowledge, an incredible workout, a strong motivator and a beautiful friend!

Gina of Livermore got her 6 Week Challenge for FREE!
​She got paid to drop the weight! 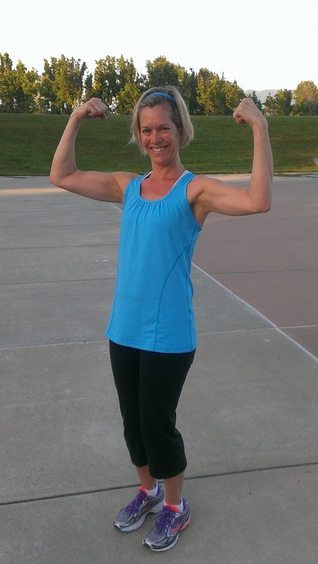 Cristy - Pleasanton - 5 star rating!
I am so glad I signed up for this boot camp. I was looking for a challenge and something to get my fitness routine started again, and now I am hooked. I get such a better workout than I get on my own at the gym, and it is so much more fun.

Deborah is an awesome trainer and she gives you such a great workout. You get out of it what you put into it, it can be for any level. And I love working out outside in the fresh air
with a group, so much more motivating.
​
I love it and will be signing up for more. Cristy
Courtney- Livermore — 5 star rating! This is a great plan for anyone at any fitness level. I personally struggle with arthritis in both knees and Deborah was able to modify the exercises to accommodate my physical limitations. As a result of the exercises and strength training I successfully completed a 3-day 25 mile hike in Yosemite including climbing Half Dome; I did two mission trips to Africa and climbed Mt. Kenya first to 13,000 ft, the second was 16,000 ft to the peak. This all sounds quite extreme to many, but I honestly could not have done it without the guidance and training I received from attending Tri Valley Adventure Boot Camp.

YOU DON'T HAVE TO STARVE OR GIVE UP YOUR SOCIAL LIFE!

MaryAnn of Pleasanton enjoyed her favorite adult beverage and dessert too! 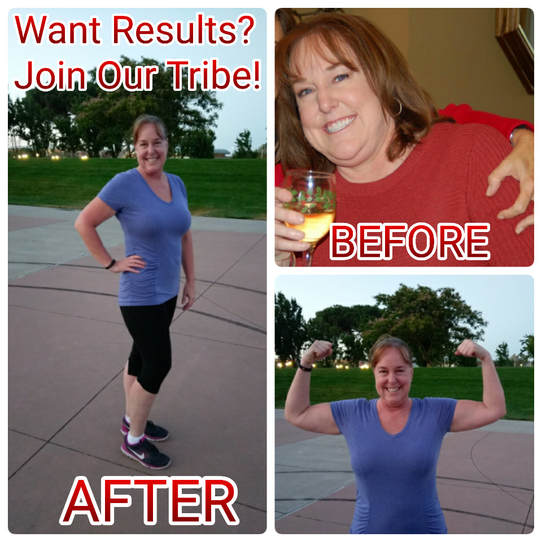