join our online pueblo (community) it's free!
As a society we have been taught the history of my ancient ancestors through those that were called the "conquistadors". Meaning, those that came into the ancient land of Mexico to conquer the native people. The ancient natives, the original people of Mexico,  the Chichimeca/Toltec/Aztec and Mayan people.

I am pretty sure you have not heard this version of the history of our people. The original people of Mexico were the keepers of our secret sacred knowledge known as Nahualism, which are ancient empowerment and manifesting teachings that have been passed down in secrecy for thousands of years through our oral traditions from parent to child and teacher to student. Nahualism is the art of "I", the art of "Me", the "True I" "The Spirit" always working towards honoring and empowering our true self.

In the colonist's history books Mohtecutzoma, who was the leader of the Aztecs (for lack of a better word from the colonist) at the time of the invasion was portrayed as a traitor to our people and it states that he was eventually killed by the Spaniards. This however is not what I have been taught through the oral teachings. The real story is that Mohtecutzoma was a Dream Warrior taught and trained as a master of the art of one of our sacred manifesting practices called Dream Planting.

During that time Mohtecutzoma had a prolific dream about the future of Mexico and he believed the only way to keep our sacred knowledge, teachings, dances, ceremonies intact was to surrender to the Spaniards. That is where Ciutlahuac, the next in line as leader stepped in. He did not agree with the idea of surrendering and ordered the assassination of Mohtecutzoma.  Ciutlahuac had no intentions of letting the colonist take the sacred knowledge and destroy the community. He gathered his warriors and set out to fight and conquer the Spaniards. The battle was never lost according to our teachings but the collective have been taught differently through history books created and written by the invaders. Our oral teachings tell us that during the battle many of the Spaniards fell into the only body of water that the Aztecs had for bathing. As we know through our history books many diseases were brought to the lands of the natives. It is said our ancestors fell to their death after they began bathing in the body of water that the invaders had fallen to their death in and contaminated the waters with diseases. Most of the men in the community fell to their death and became infected with a sickness which we now know as small pox. This is what is to blame for so many deaths and the death of Ciutlahuac.

After Ciutlahuac's death Cuahtemoc, the next in line, saw that Mohtecutzoma's original vision of Mexico had started to come true. In order to protect the secret knowledge he ordered the treasures of Mexico, their ancient dances, ceremonies, ancient codex, archetypes/codex of dream planting and blossoming, healing and manifesting empowerment practices, sacred plates, what we know as the "Aztec Calendar" which by the way is not that at all but so much more, to be hidden in secrecy along with the sacred stones of our teachings. These stones were buried in different sites, Teotihuacan (now the largest Pre-Columbian archaeological site in Mexico) is one of these sites. Over 500 years these traditions have been passed down in secrecy so that generations to come would not lose our traditions. Many were in constant danger of persecution and even converted to Catholicism as a way to hold higher status while still teaching these practices to their families in secrecy.

My ancestors, the Toltec people were the second group of dreamers that emerged during that time. They created dream planting practices, dances, breathing exercises and bodily positions based on the cosmic mathematics which could alter and train the subconscious without the use of plants like the Chichimeca ancestors before them. Our practices are based on the cycle of the moon, planets, elements, plants and a sacred count calendar. Natives across the world follow similar calendars. This is why native people are in sync with Mother Earth and the vibrations of energy that we find through science, astrology, brain science, physics and the study of anthropology.

We have been taught by the colonist to follow the Gregorian calendar as many countries now have done for centuries - which was created for tax purposes and put into place by the Catholic pope at the time. The Gregorian calendar is not at all in alignment with our energy systems both universally and within our own physical bodies. The sacred calendar has systems that correlate with a woman's cycles each month, the cycle of gestation of a pregnancy and the birthing of children. Which makes sense as in our tradition most leaders in our ancient Toltec communities were women. Many were dream warriors. Even now native people know the sacredness of our women and that during our transition into the 6th Sun in 2021 the Woman will be the ones to bring change, to lead us into the New World of enlightenment where all people can live freely and in peace. Have you noticed a movement inside you? Have you been irritable with all that is going on? Like even maybe a bit of rage for no reason at all that you can think of? Women are awakening to the universal power within them.

According to our history books the Aztec calendar many believed that it was a sign of the end of the world. What we have been taught is that this calendar was created up until the end of the 5th Sun. The period of time where humanity went out of their subconscious and spirituality to possess materialistic things, addictions of plants/drugs, greed, power and the created the society as we now know it to be. Driven by the material world.

2012 for us was the beginning of the time of Enlightenment. The transition into the 6th Sun. Where we return to our true selves of spirituality, kindness, and harvesting our true selves. Our true purpose and manifesting our dreams through the elements. To bring more enlightenment to the world with a new order.

2020 is the last year of transition into the 6th Sun. We begin the first year of the 6th Sun in 2021. In line with our teachings and prophecies we now see movements of this through women and the element of wind which brings change in and out of our lives and is the element related to our respiratory system. It is said that the women of the world will bring change, transformation and enlightenment to us all. The teachings say that there would be time where we would be forced to bond with our families and start healing from the inside out. Which unfortunately we see this as we deal with COVID-19 a respiratory virus so strong it has effected our entire world and forced us all to stay inside and go inside our spirit for strength and enlightenment.

The 6th Sun is the time where we move back into ourselves within. Where we seek to fulfill our soul and transition to a place where we find our true purpose and share that with the world. The practice of Nahualism through our energy of "Nahual" the practice of "My True Self - The practice of I" who I really am.

It is said that during this time our sacred secret teachings would surface again and we could now share with the rest of the world publicly. In 2012 began these teachings by many of the elders and some teachers were given permission to go out and teach others. So here I am chosen as one of those teachers from my elders. Blessed to go forth and teach others.

The Mexican Native lineage  above is what I was born into on my father's side from Mexico in a small town outside of Guadalajara. On my mothers's side we are Native American - Tewa Pueblo people which is part of the Hopi nation from New Mexico where my grandfather was from. He was a very talented and wise man. He was strong in silence, creative and gave me the gift of a wisdom carrier which started my journey.

Through my education in health, wellness, fitness and the corporate world I have come into contact with thousands of people. As I began my path as a coach/trainer 15 years ago I specifically chose to train women. As I have mastered my skills both in our ancient teachings and health/wellness, I always knew women would be the place where I would continue to teach and coach. Why? Because I believe all women are healers and we do have the power to change the world as we know it but we must first start with ourselves, our own Sacred Garden so that we may stop the ancestral patterns, change our ways and pass to our families to pass on to theirs a legacy for generations to come. To help the 7 Generation evolve and transform into a more loving society.

For me all my years have evolved and blossomed into my own holistic practice to help others live a healthier happier life. To detox and strengthen the mind, body, spirit and nutrition. My programs combine Mindset Mastery, Sacred Nutritional Coaching, Body Movement for Strength and the Empowerment of my ancestors ancient practices. Bringing in the four directions, Toltec healing and manifesting, sacred healing plants, the elements and their ability to guide us.

I am honored and thrilled to bring these to you and help you create your own sacred legacy. To give you the tools to become your own healer and the CEO of your life.

To pass on to your generations to come so they too can help heal the world.

Sacred Mind, Body, Spirit and Nutrition in every day of your life. 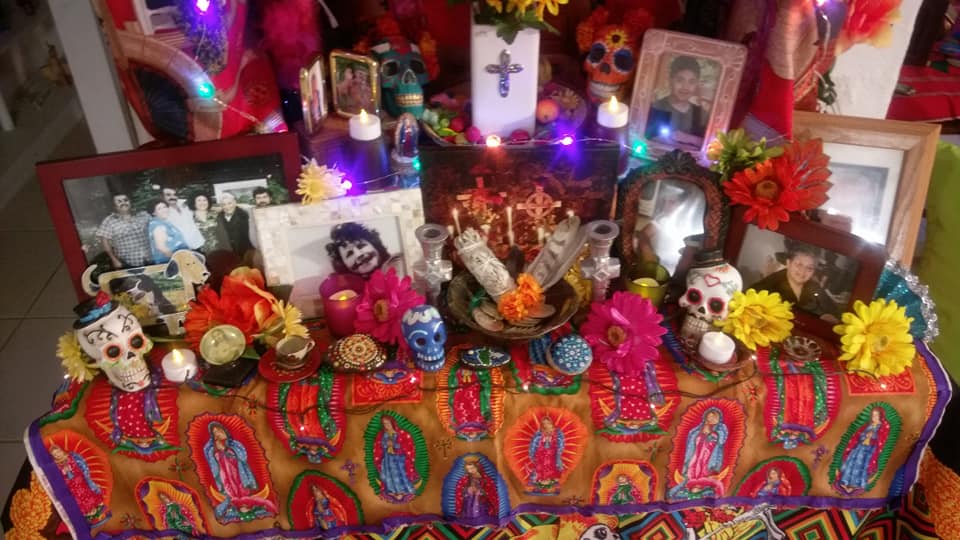 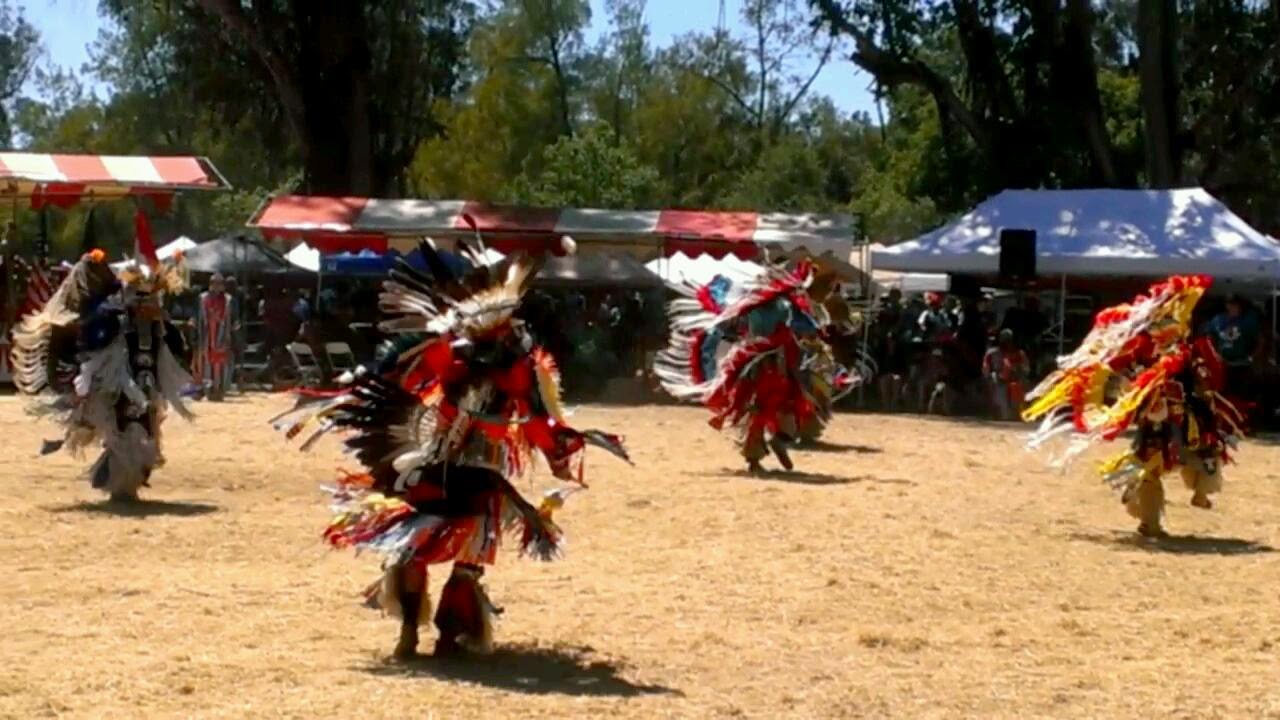